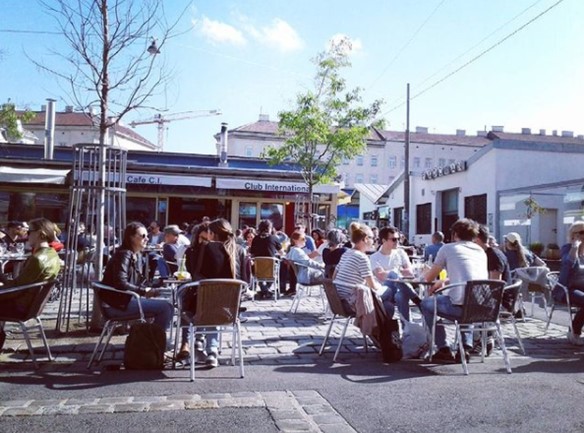 One thing you will probably notice if you spend any time in Vienna, Austria, or anywhere else in the small Alpine country for that matter, is Austrians do not tip very often.

And, if they do tip, they do not tip in the high amounts most Americans are used to tipping.

That is something I have loved about living in Austria as, in the U.S. where 15-20% and more is often expected, and where tipping happens for all kinds of services, the custom of tipping really has gotten out of hand.

If you travel to Austria and are worried about tipping then, here are a few things you should know that will help you decide if you should tip and, if so, how much.

Where should you tip in Vienna, Austria?

**The most important hint I can give here about tipping in Austria is not to do something I still sometimes do, even though I have lived in Vienna for almost six years.

And that is, if you do not intend to tip what is left over from the amount of money you give to a waiter/waitress or bartender to pay your bill, NEVER say “Thank you” as you give them the cash.

If you say “Thank you” or “Danke”, the wait staff will assume that means you do not want your change, and so you will never get it.

For me in the past, that has meant handing over a €50 bill for a €31 meal, and then having to chase down the waiter when I realized they were not giving me my €19 change back.

The correct way to do it instead then is to hand the wait staff your money, and say how much you plan to pay. 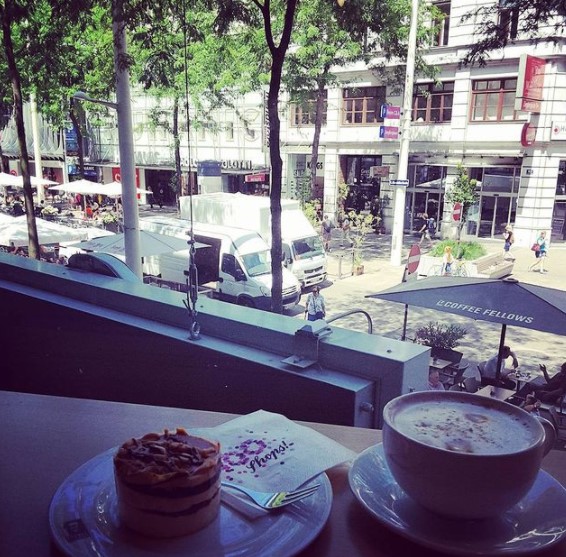 As for other places where you should tip in Vienna, you should tip waiters/waitresses if you are served at a table, taxi drivers, hotel porters and chambermaids. Tips are also given at the hairdressers, as well as at nail salons and beauty salons.

You do not need to tip someone in a bar or restaurant who hands you a drink while you are standing at the bar, although I will often round up what I pay to the nearest euro (if my beer is €3.70, for instance, I will give them €4 and tell them to keep the change).

Some Austrians will also tip people they call to fix or service something in their homes.

For me, however, when I have already paid €150-plus for a guy to come and fix something that takes him less than 10 minutes to do, I do not add a tip onto that exorbitant amount.

Also note that, unlike in the U.S., where you will usually leave your tip on the table after you have received your change, here in Vienna you should tell the wait staff/bar staff/taxi driver etc. how much to take as a tip as you hand over the cash to pay your bill.

Please note, I also stress cash as, unless you are at a high-end restaurant, you will notice most restaurants, bars, cafes and personal service stores in Vienna do not accept credit cards.

(See: Can you pay with credit cards in Vienna, or is cash still king?)

If you are able to pay by credit card, however, you can choose to ask the waiter to add a particular tip to the amount charged, or pay the tip in cash. 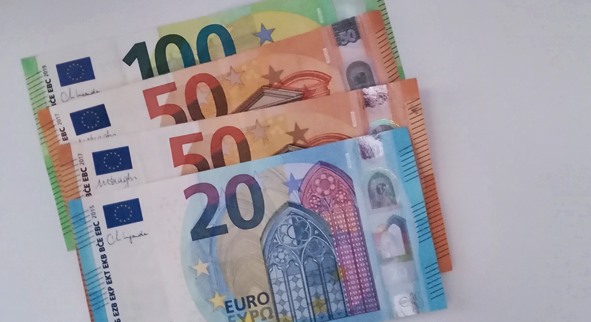 How much should you tip in Vienna, Austria?

As I previously mentioned, Austrians do not tip in the high amounts Americans are used to tipping.

That is why, if you tip in a restaurant in Vienna, most Austrians will tip between 5-10%. Tipping 15% or higher is rare.

The way they tip, in most cases, is just to round up the cost to what seems like a good number. So, for instance, if your coffee and snack was €9.40, an Austrian will usually give the waiter €10.

In other words, if you are used to tipping upwards of 15-20% in the U.S. or elsewhere, presume that most places in Austria will not expect it.

Although, of course, if you want to give a generous tip, it isn’t likely anyone would turn it down.