Having lived in the U.S. for decades, and in Asia for almost as long, I am one of those people who paid for most things with credit cards.

My formative years were spent in the United States. What do you expect?

But, when I moved to Vienna, Austria over five years ago, I was surprised to discover not only do most Austrians not pay with credit cards, many shops in Vienna do not accept them either.

If you are planning a trip, can you use credit cards in Vienna then, or will you be stuck using cash?

Can you use credit cards in Vienna, Austria?

While you can use credit cards in Vienna in many places, most Austrians and others living in the city generally do not.

In fact, in all my five-plus years of living here, I have only been to restaurants, cafes or bars where the other person has paid with a credit card twice. Both times, the restaurant or bar we were at was one of the more expensive ones, and our bill was well over €150.

Shopping too, if you stand in a line at department stores like H&M or C&A, I would venture a guess 1 out of every 15 to 20 people in front of you will pay with a credit card.

The rest will pay with cash or their Bankomat card — the debit card attached to their bank account.

That can be a problem for some people not used to Vienna’s money-related ways. Especially if they eat a nice meal, start to pay and are informed by the waiter credit cards are not accepted.

Luckily, there are usually ATMs close by most restaurants, cafes or bars in the city so, if you do get stuck in that predicament, there is a fast way out other than washing dishes in the kitchen.

Cash, however, is used everywhere here, from bar tabs to restaurant bills, clothing stores, bookshops, supermarkets and outdoor markets. The city’s famous Christmas markets too are places where cash is king.

Five-plus years into my Vienna life, and I rarely pay with credit cards either anymore. Often because the stores or restaurants I go to don’t accept them, or if I try to use them it is obvious the business owner isn’t too thrilled.

Where can you use credit cards in Vienna?

While this does often depend on specific businesses, I can tell you where I have used credit cards in Vienna with no problems at all.

You can also usually use your credit cards online when buying from Austrian companies but…do be aware, you may have problems with some companies.

Purchasing tickets online for concerts via Oeticket, for instance, can be an absolute bitch as, for some reason, their system does not seem to like credit cards that were issued overseas.

In the past, for me, that has meant having to physically go to an Oeticket ticket office to buy the concert tickets I needed, or giving up and deciding not to bother. 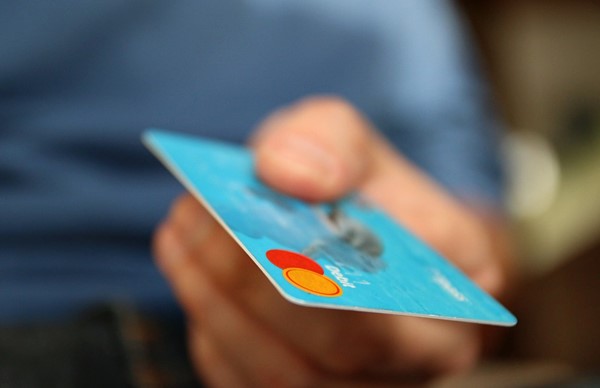 One thing that does make buying things in Vienna easy, however, is the ready availability of ATMs all over the city. That means you can use your ATM card from your bank overseas, and get cash just like you would at home.

One thing that is also nice about using ATMs in Vienna is most of them don’t charge a fee for withdrawals from overseas banks. Unlike when I travel to Spain where almost every ATM charges a €3 to €5 fee per withdrawal.

Note: In 2022, this has now changed, with banks like Erste Bank suddenly charging an outrageous €4.95 per withdrawal via an overseas ATM card.

To say this is a rip-off is an understatement, and one new Austrian bank decision that has caused me to just leave my dollars in my American bank account and, if I don’t already have enough euros, just avoid buying the product in Austria at all.

If you do want to use an overseas ATM card, though, you can also usually withdraw up to €400 at a time, making it easy to have enough money for public transportation, restaurants, tourist spots and a bit of shopping.

Just be aware there is that fee every time you use most Austrian ATM machines, so you might want to weigh up if it’s worth spending the money in Austria or waiting until you get back home instead.

Being averse to being ripped-off, nowadays, and sadly for the Austrian economy, I generally decide the latter.