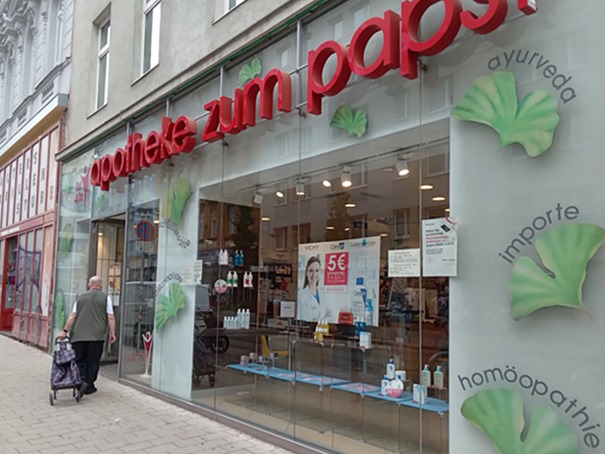 Sure, I could start this article by telling you about the “The Best Pharmacy in Vienna, Austria“. After all, that would probably earn me more clicks, right?

In reality, like just about anywhere else in the world where journalists write about “The Best…” things, most of the places that are chosen are subjective.

In other words, what they like about something, for example: a specific pharmacy in Vienna, I may not like, or even agree with their comments about it.

That’s why in this article, instead of categorically stating a specific pharmacy is “The Best Pharmacy in Vienna, Austria”, I will tell you about the one I usually go to and why.

That pharmacy (known as an ‘Apotheke’ in Austria) is called Apotheke zum Papst (in English The Pharmacy of the Pope — cool name, eh?).

It is located in the Ottakring area of Vienna, just around the corner from the Josefstädter Strasse U-bahn (underground) station at Neulerchenfelder Straße 4.

So it is convenient to get to as well. 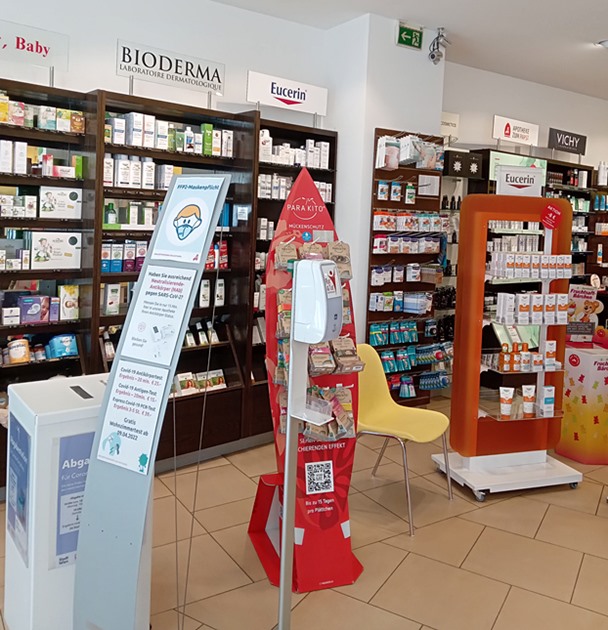 Honestly, until I started researching Apotheke zum Papst and found information on its website, what I knew about the pharmacy was quite minimal.

After reading more about its history, now I am even more sold on how cool this place seems to be.

The first Apotheke zum Papst was located at Neulerchenfelder Strasse 2 and was opened by Rudolf Thilen.

Almost a hundred years later, Karl Menzel moved it to a building he owned at Neulerchenfelder Strasse 4, which is where the pharmacy is still located to this day.

Of course, since then, it has also been modernized. 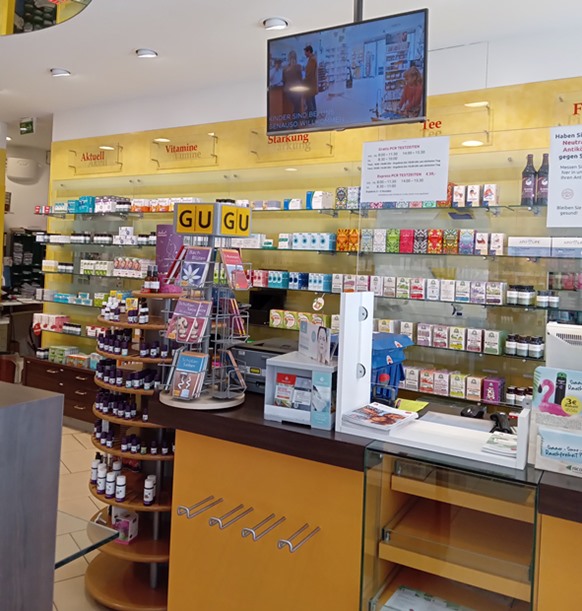 Not only is the pharmacy light and bright, with a  lovely welcoming feeling, from the first time I entered Apotheke zum Papst, I noticed how helpful the people working there were to every customer.

Even more importantly for me, I was immediately served by someone who spoke fluent English, while noticing someone else in line next to me was getting similar help from somebody else in Turkish.

Since then, I have learned Vienna’s Apotheke zum Papst has staff that can help customers who speak German (obviously), English, Turkish, Croatian, Serbian, Slovakian and Arabic. (Find me one pharmacy in the U.S. or the UK that offers that. I’ll wait)

While the pharmacy also has a steady flow of customers, I never have to wait longer than a minute or to before I am served.

On my first visit to Apotheke zum Papst, I had questions about Vitamin E, how much it was, what different brands they sold, and if it was useful for the minor health problem I was experiencing.

The person who served me not only spent a huge amount of time telling me about the brands, looking up information on the pharmacy’s computer, and showing me the specific bottles I could purchase, he wasn’t even remotely annoyed when I told him I wouldn’t be buying it there that day.

He just thanked me for coming into the pharmacy, and moved on to the next customer.

That kind of service is what Apotheke zum Papst is proud of on their website — “We take our time with each individual customer” they say, and yes, they definitely do.

Since then, I have had two Covid tests at Apotheke zum Papst, bought various vitamins, Ibuprofen, band-aids, lotion, cosmetics and several other non-medicinal products. I have even purchased herbal tea.

Every time, I was served quickly by a friendly, helpful pharmacist or other staff member who spoke English, and who found exactly what I needed in literal seconds. 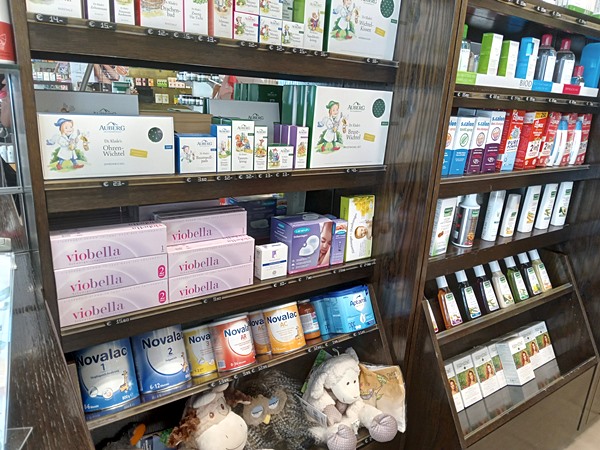 The pharmacy sells the same type of products you would expect to find in any pharmacy — medicines, vitamins, band-aids and bandages, lotions, cosmetics, baby formula and other basic pharmacy products.

If you have a prescription from a doctor, they are likely to stock the medicine you have been prescribed.

As many Austrians also like to use homeopathic and other alternative medicinal products, Apotheke zum Papst also has an excellent selection of Homeopathic products that they produce themselves, Aromatherapy products, Bach Flower remedies, Ayurvedic remedies, and Schuessler salts.

RELATED: When are pharmacies open in Vienna, Austria — how about emergency hours?

See the full list of natural products the pharmacy sells via their website. (Run it through Google Translate to read it in English). You can also check prices, and buy some products, via their online shop.

In other words, if you are looking for a Vienna pharmacy where you will receive friendly customer service, help with any product you are considering buying without ever feeling you are being pushed to buy a specific product, or rushed out of there, this Vienna pharmacy is a great choice.

Throw in it is easy to travel to, there are many shops on the same street, so you can do other shopping at the same time, and prices are comparable to any other pharmacy in Vienna, you really can’t go wrong with Apotheke zum Papst.

You will find Apotheke zum Papst at Neulerchenfelder Strasse 4, 1160, Vienna. They are open Monday to Friday from 8am to 6pm, and Saturday 8am to 12pm.

They also open on Christmas Eve and New Year’s Eve from 8am to 12pm.

Check out the Google Map below to pinpoint the pharmacy’s exact location.