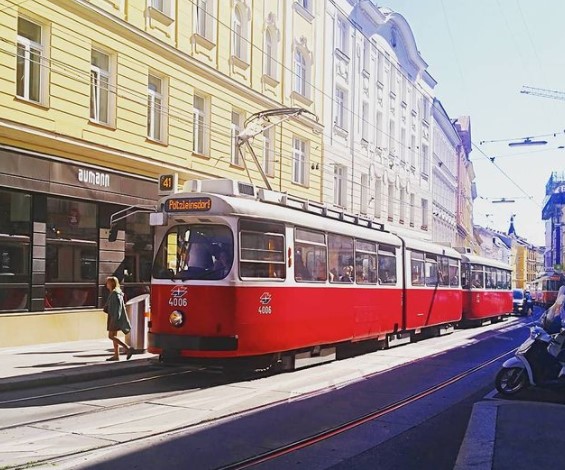 It always makes me laugh when people who haven’t been to Austria ask me “Is public transportation in Vienna affordable?’

Because, honestly, I don’t think you could travel anywhere else in the developed world and find more affordable public transportation than in Vienna. Especially when it comes to yearly costs.

How much is public transportation in Austria, and why do I think it is ridiculously affordable?

Following is a quick breakdown of the prices you can expect as an explanation, along with my ecstatic appreciation for everything connected to public transportation in Vienna.

A city that, to me, has the best transportation system there is — and that sentiment is coming from someone that has traveled extensively while also living overseas for decades. 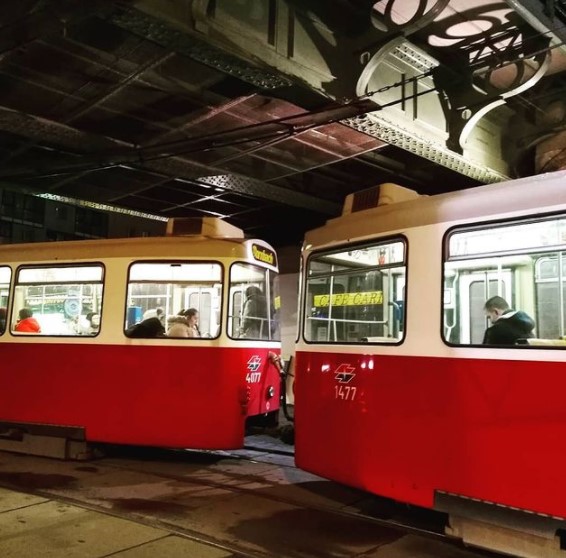 Wiener Linien (Viennese Lines) is the company that runs most of the public transportation in Vienna and, all I can say is they must have some of the smartest people in the country working for them, as you would be hard-pressed to find a better system. Anywhere.

According to recent statistics, around 36% of all trips within Vienna are taken on public transportation. According to City of Vienna statistics, Wiener Linien operates five underground lines that cover much of the city, 29 tram lines, and 127 bus lines.

That is why it is possible to get anywhere in Vienna in just minutes via a tram, train, bus or a combination of all of them, and why more than 965 million trips are made on them every year.

How much is public transportation in Vienna?

A single ticket for a trip on a Wiener Linien-run tram, train or bus is €2.40 (approximately $2.80). Having lived in Asia for decades, where public transportation tends to be cheaper, I think single tickets on Wiener Linien could be lower-priced.

24-hour Vienna tickets allow you to take unlimited public transportation within the city for an entire day, and currently cost €8.00. Extremely cheap if you will be hopping on and off trams, buses and underground trains all day, and a great way to see the city in an affordable way.

48-hour Vienna ticket — the same thing as the 24-hour ticket, but for twice the time is €14.10. The 72-hour ticket is €17.10 — see, the city makes its public transportation as affordable as possible, the longer you are here.

Where Vienna public transportation really shines, however, is with its Annual Passes. These allow you unlimited trips on trams, buses and underground trains within the city, and cost a ridiculously cheap €365. That is €1 a day for unlimited travel for a year!

On Saturdays after 12pm, the Wiener Linien Annual Pass even allows  two children who are accompanied by the holder to travel for free. Crazy, eh?

For those who are 64 years or older, that Annual Pass drops to €235.00 or the equivalent of just under 65 cents a day. You don’t get much cheaper than that.

You can buy a Wiener Linien’s Annual Pass via the company’s website or app (Android here, iOS here). You can buy other tickets via their site, as well, or at any ticket machine throughout the city.

Why public transportation in Vienna is exceptionally good

It is not just that public transportation in Vienna is affordable (and that is wonderful by itself), it is also that it is always clean, trains, trams and buses arrive every few minutes and are almost always on time.

The system is also one of the safest I have ever seen.

Public transportation even runs overnight on Friday and Saturday nights, so getting home from that nightclub or bar is a snap.

The best thing, at least for my father when he visited me in Vienna, however, was the way the public transportation system in Vienna has been set up.

That superb planning means, in many cases, when you get off a train, there is the tram or bus nearby you will need to continue your journey on a different mode of transportation. When you get off a bus, a tram or a train is right there.

The system has been designed so efficiently that in Vienna, unlike in many cities around the world, you will never be expected to set off on a 1-mile hike just to get to the next mode of public transportation you need. In most cases, you will be able to see them as you exit your first mode.

The short answer to the question “Is public transportation in Vienna affordable?” and, I will add, “Is it superb?” then is “Yes, Yes”, and “Hell, yes”.

If you’d like more information about trams in Vienna, YouTuber Gintaras has some excellent footage of many of them in one of his videos. Watch that below.