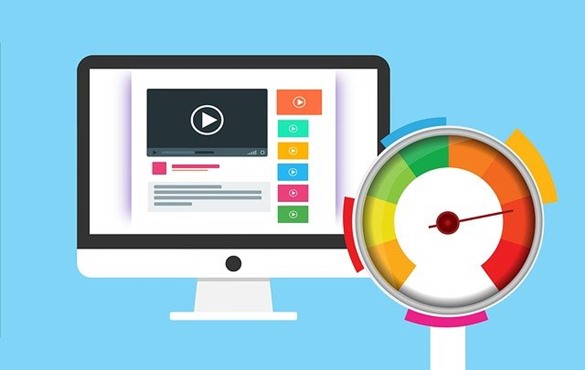 Note: While, for the most part I love living in Austria, just like living in any country, a few things drive me crazy. These things will occasionally show up on Oh My Vienna as I believe, in order to get a true picture of a city and a country, you have to take both the good and the bad (or, in this case, the not so good).

One of the things I have noticed since moving to Vienna, Austria almost five years ago is Internet speeds in Austria are slow compared to the speed I used to get when I lived in Bangkok, Thailand.

That even includes speeds in Bangkok 10 years ago, compared to what I regularly experience here in Austria in 2021.

As someone who works online, the slow Austrian Internet is something that, some days, is more than just a little frustrating and something that, in a developed EU country, is hard to understand.

That realization was solidified even more this week when the December report from Speedtest Global Index listed Thailand as having the world’s fastest fixed broadband internet speeds last month, while Austria lagged way down the list at #55.

Not only that, Austria had also dropped three places on the fixed broadband list since the last Speedtest Global Index report in November.

As for mobile speeds, Austria currently ranks at #31, behind countries like Qatar at #1, South Korea at #3, Norway and the Netherlands at #8 and #9, and Switzerland, Luxembourg and Bulgaria at #11, 12 and 13.

In fact, much of Europe has faster Internet speeds than Austria, as well as a fair number of countries in Asia.

Austrian Internet speeds compared to speeds in other countries

What type of Internet speed you get in Austria obviously depends on the ISP you use although, in my experience, none of them offer the speeds I took for granted in Thailand, Singapore, Hong Kong and the U.S.

An enormous difference when you are trying to download a video game, an episode of a Netflix show or a large file a client has sent.

As for mobile Internet speeds in Austria, the country’s Internet service providers still offer slow service compared to the service millions of other people receive around the world.

Internet service providers in Norway and the Netherlands are able to provide 105.79 Mbps and 100.98 Mbps download speeds, and Switzerland, Luxembourg and Bulgaria enjoy 89.89Mbps, 83.09 Mbps and 80.86 Mbps.

So what is the average mobile download speed for Internet in Austria? 56.22 Mbps.

Not only slow but, on a recent trip to my parents in the U.S., I remarked to my father that an episode of a TV show I regularly watch in Austria took an average of 8-12 minutes to complete downloading whereas, in America, that episode was downloaded to my laptop in less than 40 seconds.

A considerable time savings, and one that must surely negatively impact businesses in Austria. Especially for those people who are used to having much faster Internet speeds elsewhere.

And no, upload speeds for Internet in Austria aren’t any better.

Considering millions of people living in Austria spend hours a day both on mobile and fixed broadband Internet, both for work and for leisure, the amount of time wasted for things to download or upload must be immense.

Why is Austria’s Internet so slow?

As for why Austria’s Internet is so slow, I honestly don’t have the answer to that.

Thailand’s fast speeds have been put down to both the country’s fast development of telecom infrastructure and increased competition. This also includes Thai Internet providers speeding up their own installation of fibre optics in order to be able to compete.

Even with those higher speeds, prices for Internet service still continue to fall in Thailand every year, while here in Austria they largely remain the same.

When you also consider the cost of a month of Internet service in Austria is still more than double what I paid in Thailand for a service that is slower, it is even more frustrating.

All I can add to this is, come on, Austria, when a number of so-called developing countries are regularly beating your Internet speeds, don’t you think it might be time to catch up?

You can find out more about which cookies we are using or switch them off in settings.

This website uses cookies so that we can provide you with the best user experience possible. Cookie information is stored in your browser and performs functions such as recognising you when you return to our website and helping our team to understand which sections of the website you find most interesting and useful.

Strictly Necessary Cookie should be enabled at all times so that we can save your preferences for cookie settings.

If you disable this cookie, we will not be able to save your preferences. This means that every time you visit this website you will need to enable or disable cookies again.