In news that should be under the heading “No Shit, Sherlock“, the Austrian newspaper Der Standard is reporting Austria’s economy is now the worst in the EU.

A reality, as somebody who took exactly one Economics class in university, I am amazed that anyone is surprised about.

Especially as it has been something I have been predicting to anyone that will listen since I arrived back in Austria in August and realized the extent of the panic over Covid-19 by the government of Sebastian Kurz.

Austria’s economic slump has not been caused by Covid-19, but by the Austrian government’s reaction to the virus. In other words the constant lockdowns and other strict restrictions.

A further decline in the country’s GDP is expected in the current quarter due to that reaction.

According to Der Standard, from October to December, Austria’s economy slumped worse than anywhere else in the EU, with a 4.3 percent decline compared to the third quarter.

Meanwhile, most of the rest of the EU’s economy has shrunk eight times less than Austria’s, and a couple of countries (the Czech Republic and Germany) have economies that haven’t even shrunk at all.

With Austria still in lockdown through February 7th, other than supermarkets, banks and drug stores and the occasional shop accepting pick up orders, most retail businesses in Vienna alone are still closed. As is anything related to tourism or culture.

The same goes for the rest of this tiny country.

Austrian economy not likely to improve any time soon

Even after the latest strict lockdown ends on February 8th, it is likely there will be little impetus for many people to spend much money in Austria. Even if they have the money, and many now do not.

Not with almost a million people either unemployed or on short-time work. A million people in a country hovering around an only nine million population in total.

Not with hotels, restaurants, cafes, bars, clubs, gyms, sports clubs and other businesses still banned from opening, and with the current exit restrictions from 8 p.m. to 6 a.m still mandatory even after the latest lockdown ends.

And not with mandatory FFP2 masks in every shop or business, masks that are more difficult to breathe in than the masks Austrians were wearing before.

And definitely not with mandatory negative antigen tests required in order to be able to frequent businesses like hairdressers and salons.

Mandatory tests, I might add, that must not be older than 48 hours.

After all, how many people do you know that have the time or the patience to get tested for Covid-19 every two days?

And that means tens of thousands of people, if not more, will probably do what I plan on doing while this panic over Covid-19 continues — stay home and order the necessities I need online. Mainly from Amazon Germany.

On top of that, if you cannot get a free test via various government options (and just imagine how long the lines are going to be!), a test from any private provider (some are listed here) costs between 20 to 50 euros.

An amount some people may have to pay every two days, just in order to be able to do the things they feel would allow them to have a somewhat ‘normal life’. 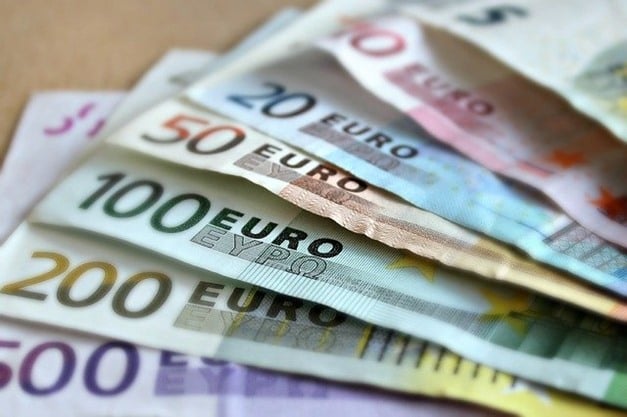 With the threat of another lockdown also being bandied around by the Austrian government if cases keep rising (and remember these are cases and not deaths, and many of people who have no symptoms at all), and with Stefan Schiman from the economic research institute not ruling out further lockdowns in March and April, many people will also be reticent to spend money.

After all, when you have no idea if your job will still be there next month, or if we will be in lockdown again by the end of this month, why would you spend money on things you do not absolutely need?

In other words, if the government of Sebastian Kurz expects the Austrian economy to rally any time soon with some of the world’s strictest restrictions still in place even after February 7th, my guess is it and he are in for an almighty shock.

** And before you think I’m gloating, as everything I have predicted for the Austrian economy since Sebastian Kurz first shut the country’s borders back in March, 2020 is now coming true, I am not.

In fact, I find the horrendous Austrian economy to be beyond sad, as I notice more and more small businesses in Vienna closing down the longer this crisis continues.

Businesses many of their owners have spent years, if not decades, building up.

But, as long as the threat of lockdowns, mandatory FFP2 masks and negative antigen testing continue, I don’t predict any happier outcome than what we have now.

And that, as someone who loves Austria, it breaks my bloody heart.