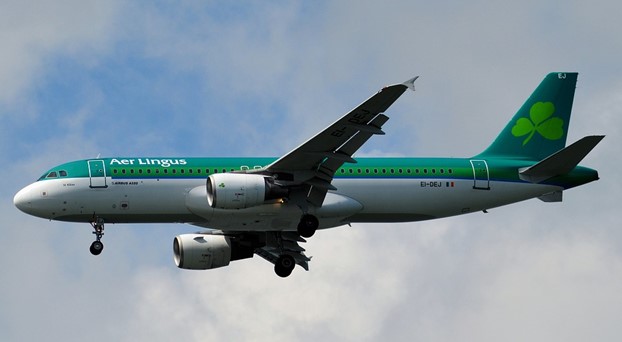 I am not someone who normally complains about the airline I fly.

After all, I have been flying internationally for decades and, other than a few delayed flights, one canceled flight due to extreme weather, and several last minute arrivals causing me to run for connecting flights, I have had few problems.

That ended a month ago, when I made the mistake of flying from Vienna to Dublin on Aer Lingus, and then on from Dublin to the United States via American Airlines.

An Aer Lingus flight I only booked as it was a good connection to an American Airlines flight to the States. Well, at least I thought it was.

As it turned out, my decision to fly Vienna to Dublin on Air Lingus cost me over $1,000.

$1,000 I lost due to an Aer Lingus mistake, and money I cannot recoup as the Irish airline makes it almost impossible to contact them.

As dodgy companies often make contacting them difficult, because of this, it is difficult to look at Aer Lingus as anything but a less than reputable airline you should probably avoid.

When a flight attendant lies to me, that makes me look at the entire airline in a suspicious way.

On Aer Lingus, I was lied to as I stepped onto the plane in Vienna, and again via an announcement to the entire plane a few minutes later.

That lie was Aer Lingus flight attendants telling first me, and then the entire plane, that masks were required to be worn on all flights out of Vienna due to a mandate by the Austrian government.

As a journalist I knew that was a lie, as mask mandates had been withdrawn from flights out of Vienna airport at least six weeks previous. Unless the country you are flying to mandated it.

I also knew it was a lie as, if an Austrian government was in force for flights out of Vienna, it would mean not only would every passenger at Vienna Airport be mandated to wear a mask (they were not) every passenger must also wear an FFP2 mask.

As most of the passengers on the flight were suffocating under cloth or blue disposable masks (neither of which stop the spread of Covid-19), it was a given this was not an Austrian government mandate.

In addition, after seeing several flights of passengers disembarking from Aer Lingus planes before I boarded my Aer Lingus flight from Vienna to Dublin, and noticing they were all wearing masks (odd, as hardly anyone at Vienna Airport was), I went to an Aer Lingus check-in counter to ask if masks were suddenly mandated on their flights.

I was told in no uncertain terms, “No, they are not”.

In other words, it appears Aer Lingus flight attendants, due to their own hysteria over a virus that is basically a cold for most, were lying to their passengers about mask mandates, and then blaming the Austrian government for their lies.

Needless to say, I didn’t wear a mask on the Aer Lingus flight from Vienna to Dublin as a) I never wear masks as they are useless against a virus and b) I detest being lied to. 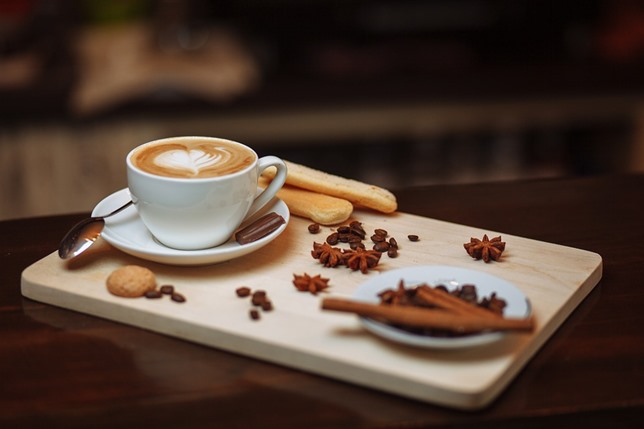 Every airline I have ever flown, except budget airlines with very cheap flights, offers at least a complimentary coffee and a snack on their flights.

Not Aer Lingus, apparently, as we were told right after the flight departed Vienna, even a cup of coffee and a snack was only for those who were willing to pay for them.

On an almost 3-hour flight, I would have expected at the very least a non-alcoholic drink and a packet of peanuts.

Not on Aer Lingus, it seems.

In my decades of flying all over the world, I have never taken a flight where an airline couldn’t give me boarding passes for all flights on my entire journey.

Or couldn’t at least take me to an airport where boarding passes for my next flights were available within just a few minutes of getting off my first flight. At a transfer desk.

Fly from Vienna to Dublin on Aer Lingus, and then onto somewhere else, however, and you can pretty much guarantee an enormous amount of stress, as well as time running through the airport in an attempt to catch your flight.

On top of that, in order to receive an onward boarding pass, you get a ridiculous trip through Immigration where you are stamped into Ireland, a subsequent walk out to the Departures area of Dublin airport where you must line up at the departure desk of the airline you are flying, and then a long line at security to re-enter the airport you just arrived at an hour or two previously.

For anyone who has tight connections, this can cause huge problems as, at least according to four airport staff I asked including an Immigration officer, Dublin Airport does not have a transfer desk.

For me, and several other people on my Aer Lingus flight, it was almost a disaster as well as an extremely stressful situation once we arrived in Dublin.

I checked my suitcase in at Vienna International Airport two hours before my flight left. Check in was simple, and I saw my suitcase disappear down the conveyor belt and off to be loaded onto my plane.

And that would have been perfect if Aer Lingus had bothered to load my bag onto my flight.

According to American Airlines when I arrived at my final destination and reported my suitcase missing, however, my bag had not even been loaded onto my Aer Lingus flight out of Vienna.

No wonder then it didn’t make my flight from Dublin to Dallas/Fort Worth, or my DFW flight to Wilmington, North Carolina.

Of course, luggage can go missing so, when I discovered my suitcase hadn’t arrived, I wasn’t overly concerned. My parents have had their luggage lost on American Airlines and Delta flights and, in both cases, they showed up a couple of days later.

Take a flight on Aer Lingus though, and not only is it almost impossible to report your suitcase missing, Aer Lingus staff apparently couldn’t care less if your luggage has disappeared. And they sure as hell don’t seem to have any interest in reimbursing you for their mistake.

In my case, I initially reported my suitcase missing at an American Airlines desk at my final destination, as that was the flight I arrived on, and Aer Lingus doesn’t have a desk at Wilmington Airport.

Two days later, after I contacted American Airlines for information about my bag, I was told Aer Lingus was at fault and I would need to contact them to trace my bag or to request reimbursement.

That is where my problems began.

Not only is Aer Lingus almost impossible to contact — two hours on hold on the phone with nobody ever answering, one hour and 20 minutes waiting for a customer service rep via the Aer Lingus Facebook page only to never get to speak to one, and an email sent to Aer Lingus with information about my lost baggage ignored, several Facebook posts and tweets later, plus reading the social media posts of hundreds of people with the same problem as me (or worse) — the Irish airlines also seems to be dealing with 10,000 other lost bags at the same time, so they certainly didn’t seem to have time to find mine.

As my booking code also didn’t work on the Aer Lingus website (It did when I left Vienna, it didn’t when I landed in the U.S.), I also couldn’t file a claim for my bag, and Aer Lingus staff on both Facebook and Twitter are worse than worthless when it comes to getting any help.

In other words, my brand new suitcase that cost me $130 just a few months ago, plus around $1,000 worth of clothing, shoes, accessories and toiletries has disappeared into the ether courtesy of Aer Lingus, and they sure as hell don’t have any interest in reimbursing me for it.

In other words, if you are thinking of flying from Vienna to Dublin on Aer Lingus, and then onto somewhere else, I would highly recommend you don’t.

Not if you have any interest in a relatively stress-free flight, would like your luggage to arrive at the same time as you, and hate being lied to.

Update: August 21st, 2022 — After pretty much zero help from Aer Lingus customer service, three weeks after my Aer Lingus flight from Vienna to Dublin and then onto the U.S., my suitcase magically appeared dumped in the porch of my parents’ house.

Ripped open at the top, smelling so bad I had to throw it away and, unless I wanted to spend another 10 hours trying to contact Aer Lingus for compensation, no way of claiming for the cost of the suitcase or the clothing I had to buy for the first three weeks of my trip.

All my clothing and belongings seem to be intact but, due to the suitcase having been stored somewhere damp and smelly during the three weeks it was missing, everything in it required a wash in hot, soapy water before it was even fit to wear. Twice.

Yes, I am happy my clothing arrived.

No, I won’t ever be flying Aer Lingus again. To anywhere. After all, why would anyone fly an airline that is happy to take your money, but that seems to think offering decent customer service isn’t part of their job.