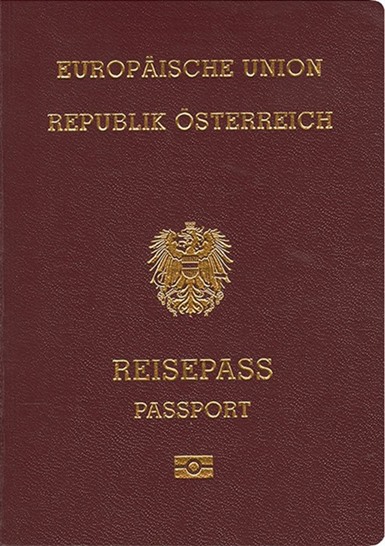 As most people who travel internationally know, some passports are more powerful than others.

By “powerful’, that means how many countries the holder of a specific country’s passport can enter without the need for a visa compared to citizens of other countries.

This is calculated by several organizations slightly differently, but the Henley Passport Index is the only index that uses exclusive information from the International Air Transport Authority (IATA), so is generally thought of as being the most accurate.

So how powerful is an Austrian passport, and how does it compare to the country that is at the top of the list (and which country is that, by the way?)

The ranking of an Austrian passport

It is in fifth place alongside Denmark, the Netherlands and Sweden.

Above Austria with passports allowing their citizens to even more countries than an Austrian citizen can enter without a visa are Luxembourg, Italy and Finland at #4 with 189 countries, Spain and Germany at #3 with 190 countries, South Korea and Singapore at #2 with 192 countries, and Japan alone in the #1 spot with 193 countries.

Compared to the UK and to the United States — the UK passport is in the #6 spot, with an American passport in the #7 spot.

Afghanistan is at the bottom of the list with only 27 countries accessible for a holder without needing to apply for a visa first.