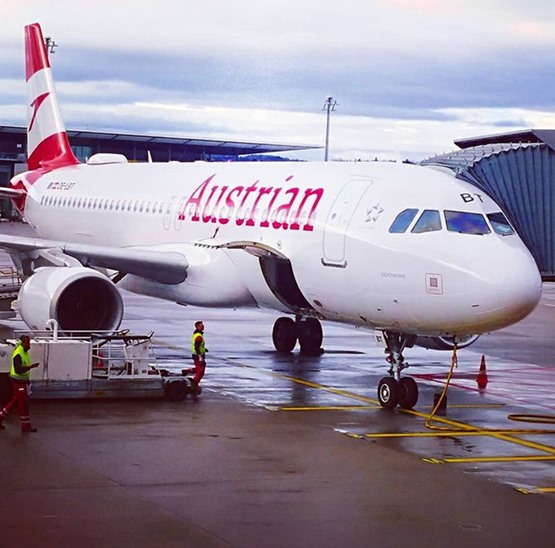 Updated: As of June 1st — Mask mandates have finally been lifted on most Austrian Airlines flights, unless the country you are flying into requires them. (Which in and of itself makes little scientific sense but, there ya go).

Be aware, however, if you are flying into Austria, while masks are not required anywhere in Austria once you arrive, they are still required in Vienna on public transportation and in pharmacies. (Vienna has a mayor who seems to be still panicked about a virus with a 99.8% survival rate, and so isn’t following the science. Again, there ya go).

While most European airlines have now removed the mask mandate on their flights, Austrian Airlines still mandates not only a mask be worn on every flight in and out of the country but, as if that wasn’t bad enough, a suffocating FFP2 mask as well.

This means on any Austrian Airlines flight you take, whether it is a 9-hour-plus flight from Vienna to the United States, or a flight to any other destination Austrian offers, you will be mandated to wear an FFP2 mask for the duration of your flight/flights.

Hence why I just canceled my return flight on Austrian Airlines to the United States, and have booked a British Airways flight back to the U.S. via London Heathrow instead.

Of course, many at Austrian Airlines probably aren’t any more thrilled with the FFP2 mandate on all flights than most of their customers. Especially as their flight staff is required to wear them as well.

Unfortunately for the airline, however, they are stuck with a mandate from the current Austrian government, who is damned and determined to hold on to useless mask mandates as long as they possibly can.

That means, while the Austrian government no longer mandates a mask be worn in restaurants, bars, nightclubs, concerts with hundreds of people, cultural centers and most other public places in the country, they still mandate FFP2 masks on public transportation.

As Austrian Airlines is classified as public transportation, that mandate is also pertinent to them.

Austria’s public transportation mask mandate is also likely to last for the foreseeable future. Particularly as Austrians tend to be a compliant people compared to many other nationalities, so there is little public backlash against it.

It also means, while you can go to a concert in Vienna with upwards of 1,000 people and not wear a mask, you will be mandated to wear a mask not only on an Austrian Airlines flight, but also in an Austrian airport.

No, none of these mask restrictions or lack thereof make any scientific sense, but we are talking about the Austrian government here.

A government whose extremely strict Covid-19 restrictions haven’t been borne out to be effective by science, any more than have the restrictions of most other governments around the world.

Particularly as, has been scientifically proven in the case of mask mandates on planes, the air on an aircraft is far cleaner than that in a concert hall, bar, restaurant or cafe.

As for whether you will be mandated to wear masks on any airline flying to or from Austria, according to Austrian law this is still supposed to be mandatory.

However, passengers flying on many non-Austrian airlines are reporting on social media that many flight staff on foreign airlines are not enforcing the mandates on board their own flights.

After all, other than the Austrian government and governments of a couple of other similarly mask-obsessed EU countries, the rest of us moved on from Covid months ago.