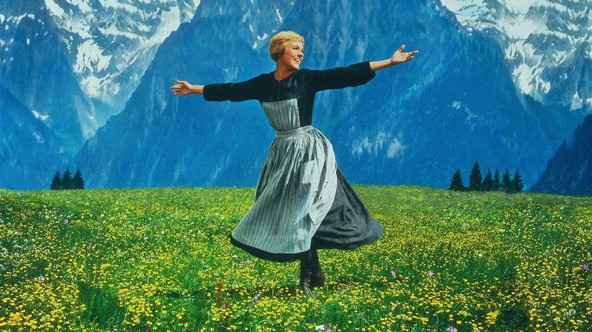 Growing up in the United Kingdom, the 1965 movie The Sound of Music was one of my favorite films.

Austria looked beautiful, the Von Trapp Family singers were fabulous (at least those in the movie), and I loved the songs.

Imagine my surprise then when I first arrived in Austria in 2015 expecting The Sound of Music tourist attractions everywhere only to discover, not only do Austrians not watch The Sound of Music, I would venture a guess half of the country probably hasn’t even heard of the film.

Why do Austrians not watch The Sound of Music?

Interestingly, The Sound of Music was released in Austria and Germany in 1965, just like in many other parts of the world.

But, in what must have been a shock for the producers of the film, it was a massive flop in both countries.

Austrians apparently hated all the historical inaccuracies that were featured in the Julie Andrews vehicle, and were also irritated that the so-called ‘Austrian costumes’ weren’t styled in the traditional Austrian style at all.

Meanwhile, Germans were kind of over being associated with Nazis 20 years after the Second World War had already ended.

Besides, people in both countries had already seen and much preferred the German movie Die Trapp-Familie.

The Sound of Music itself was partially filmed in Austria, however. Specifically in and around Salzburg.

That’s why, if you do travel to that Austrian city, you will find tourist attractions based around the film.

Come on, if people want to get their The Sound of Music fix in Austria, you can’t blame some Austrians for cashing in on that, eh?

Overall, though, if you expect to come to Austria and meet people who have seen The Sound of Music, I doubt you will find many Austrians that have.

In fact, in my almost six years living in this Alpine country, as far as I am aware, I have only met one that watched the film years ago.

Oh and that now-iconic opening scene in the film (below). It wasn’t filmed in Austria but in Germany’s Bavaria, about 10 kilometers from the Austrian border.